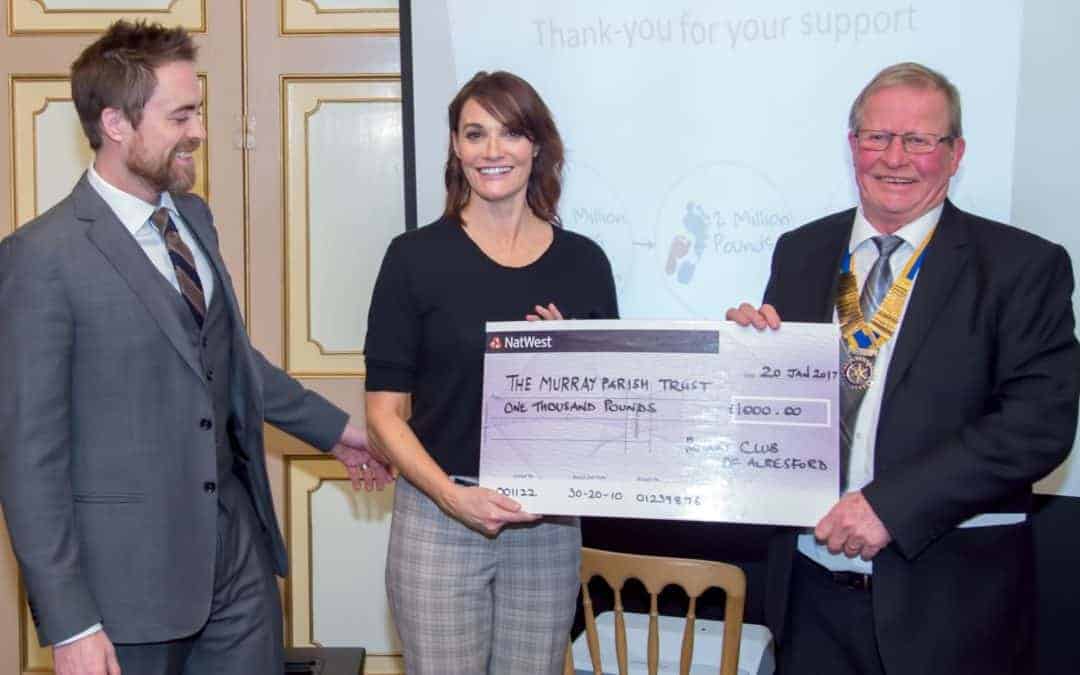 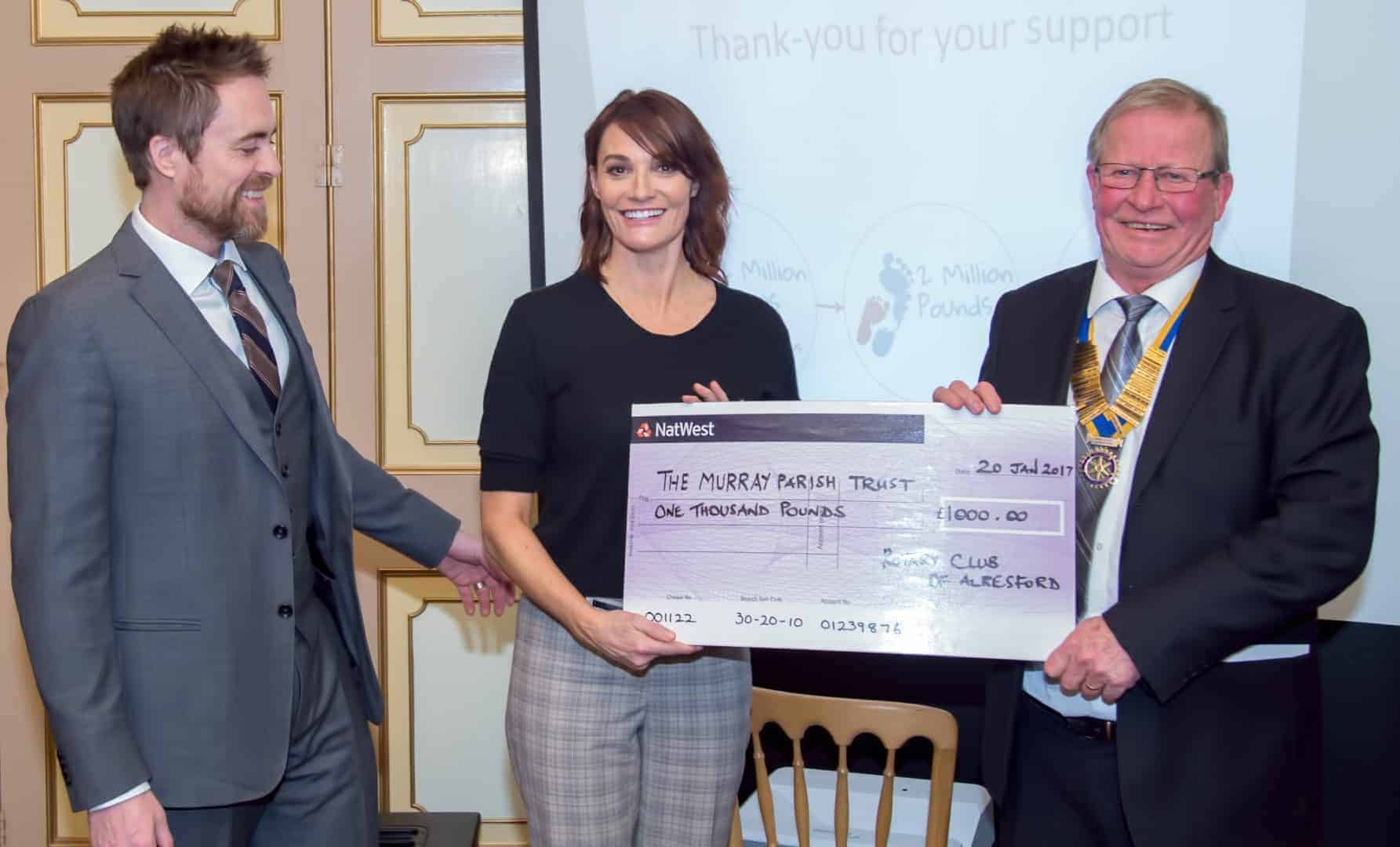 Alresford Rotary Club are the latest Hampshire organisation to answer a ‘call to arms’ from the Daily Echo and Barker-Mill Foundation for The Murray Parish Trust’s #2MillionSteps appeal.

On 20th January Sarah Parish and James Murray were presented with a cheque for £1000 at a dinner in celebration of the 30th Anniversary of the Rotary Club of Alresford’s Charter. The Club raised the funds from their annual Christmas tree sale.

President Steve Walker said, “On behalf of the members of Alresford Rotary, it gives me great pleasure to hand over this donation and be able to support such a worthwhile charity appeal.”

The Barker-Mill Foundation and the Daily Echo teamed up to create the Match My Money campaign which launched at the beginning of this year, asking 40 Hampshire businesses to pledge £1000 in fundraising which will be doubled by the Barker-Mill Foundation. With the match-funding already in place from central government, this will be further doubled which effectively turns every £1000 raised into £4000.

Donations have been flooding in since the campaign launched, with Xelabus (an Eastleigh-based bus company) being the first to donate £1,000 followed closely by Blaze Construction who donated a further £5000 to the cause.
Southampton Rugby Club presented a £1000 cheque on the pitch and Eastleigh-based company HairXtensions.co.uk donated £1000 after seeing the story in the Daily Echo.

This brings the campaign over a quarter of the way to its target of £40,000 which will be a potential £160,000 towards the building of a brand-new Children’s A&E Trauma department at Southampton University Hospital – a lifesaving facility which will provide critical care for children throughout eight counties across the South of England and the Channel Islands.

Are you a Hampshire Company that could pledge £1,000 in fundraising? Donate HERE.

Find out more about #2MillionSteps and how you can Get Involved. 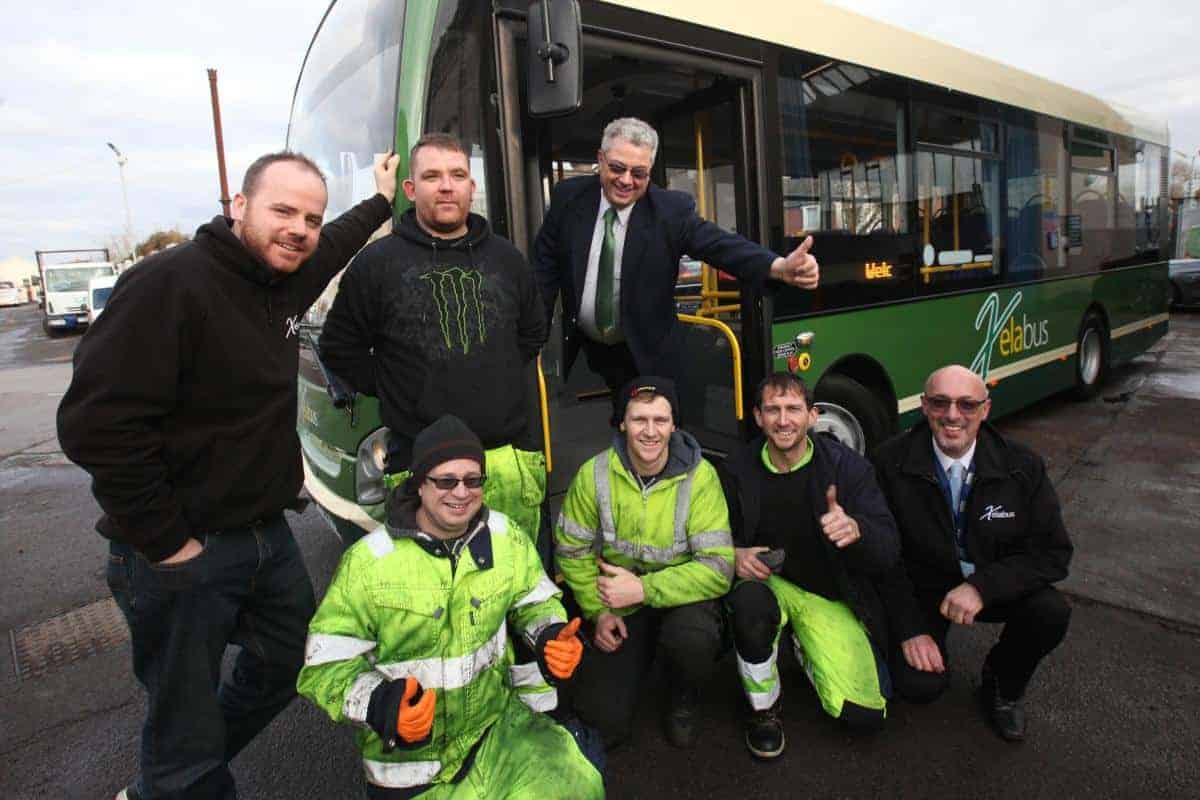 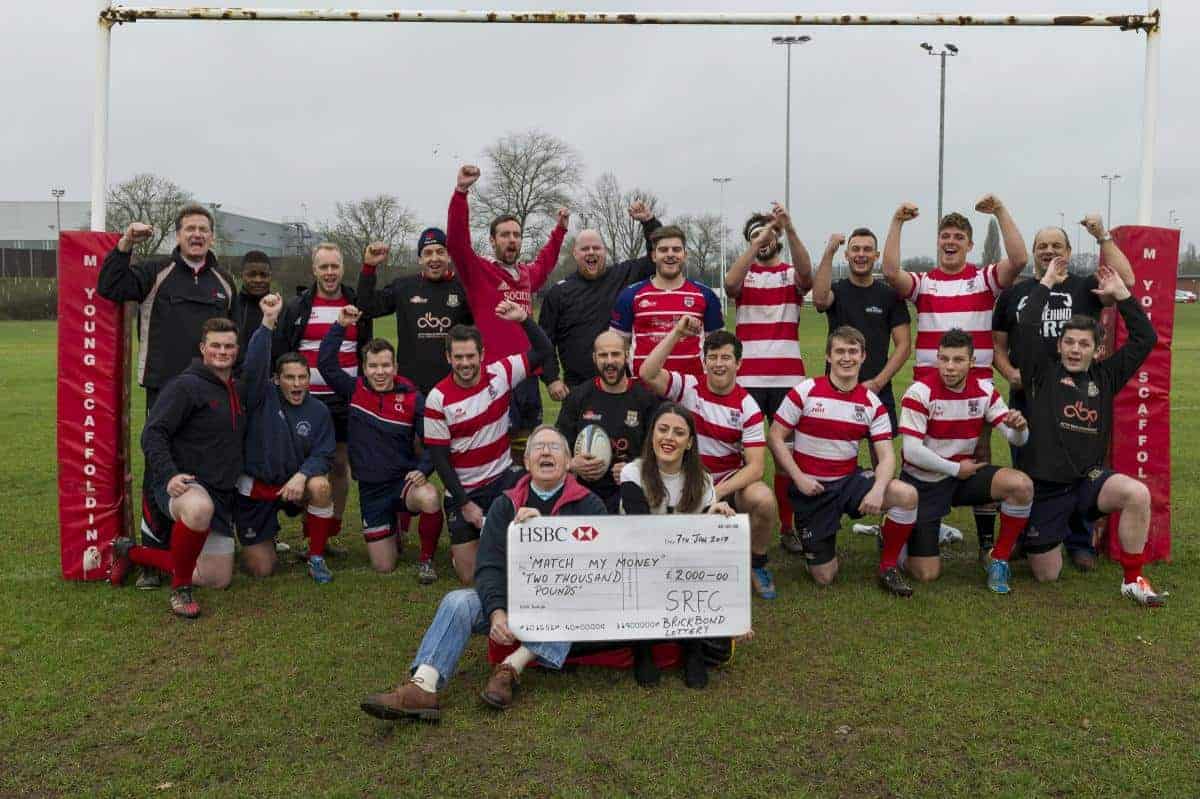 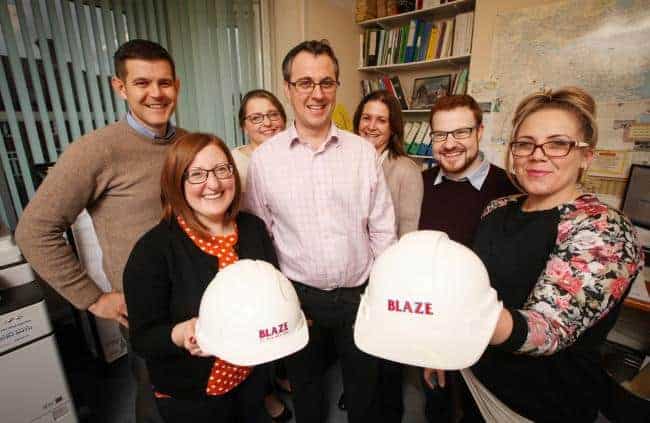